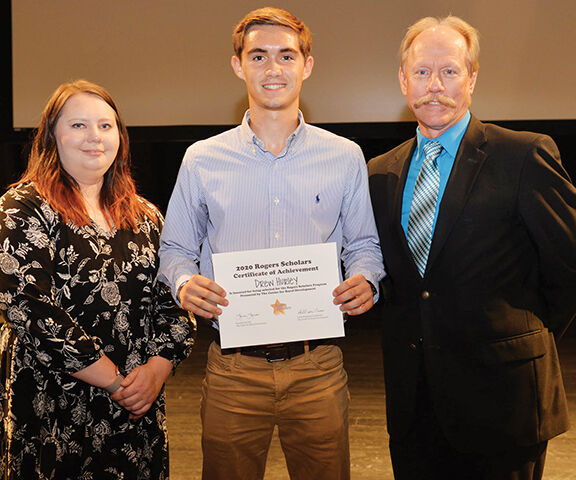 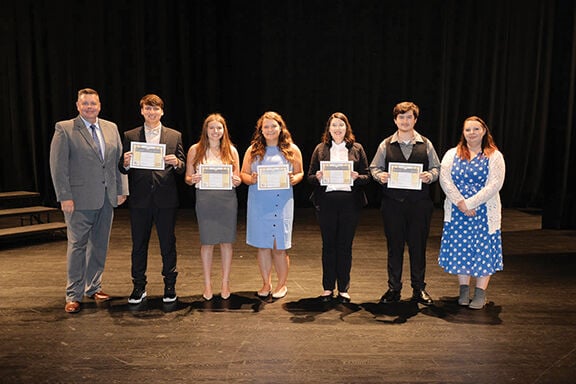 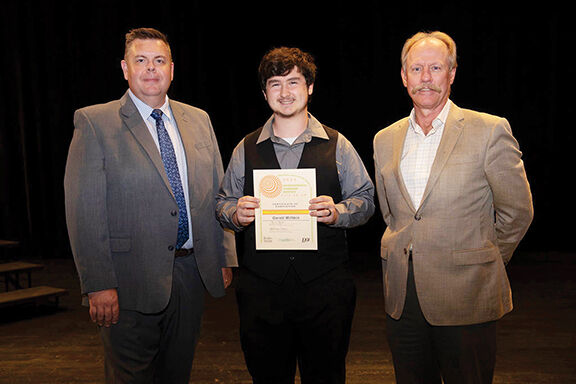 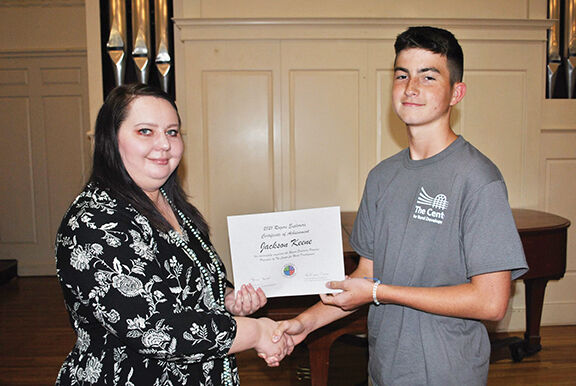 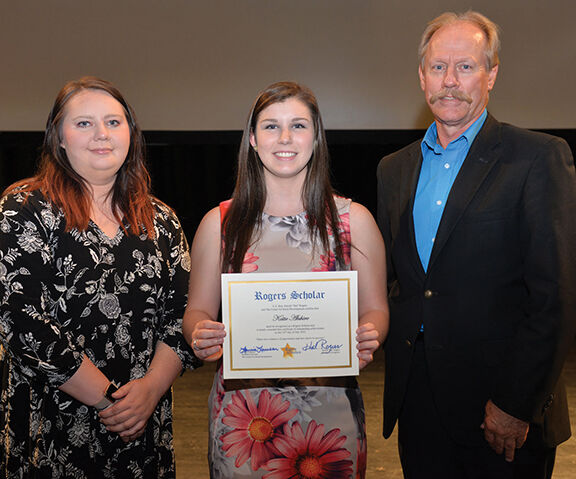 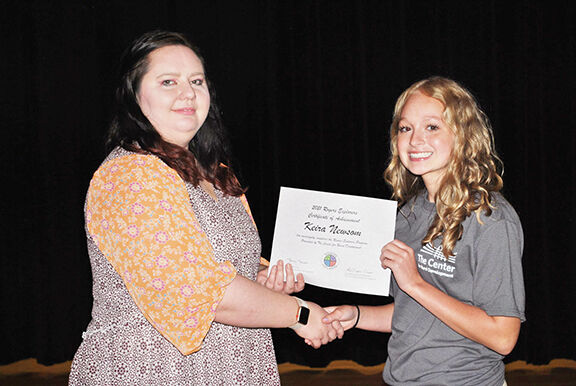 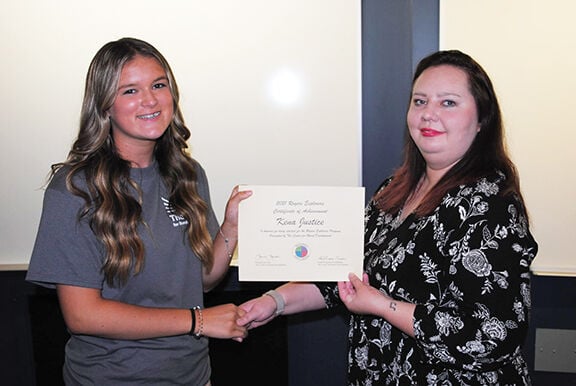 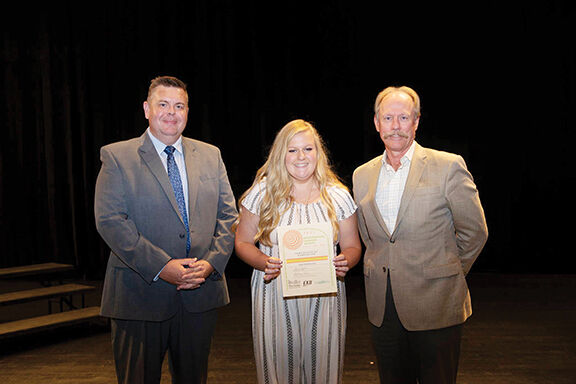 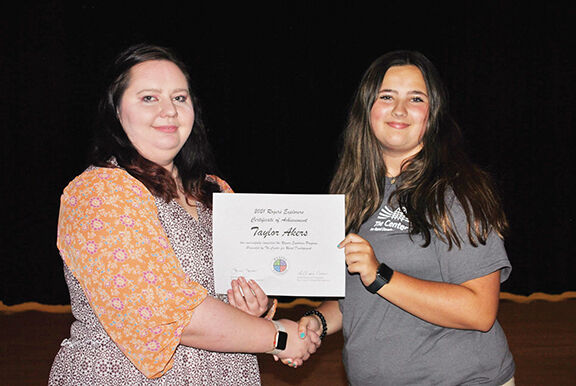 Pike County Central High School student Katie Abshire graduated from the Rogers Scholars program at Morehead State University in July. She is the daughter of Chris and Tilda Abshire, of Lick Creek.

Rogers Scholars, The Center’s flagship youth program, was established through the vision of U.S. Congressman Harold “Hal” Rogers (KY-05) that “no young person should have to leave home to find his or her future.”

The intensive one-week summer program provides valuable leadership skills and opportunities for high school students in 45 Kentucky counties to build their skills as the region’s next generation of business and entrepreneurial leaders.

“The Rogers Scholars program challenges students to look at all of the possibilities that are open to them and aims to put them on a path to success at a young age while helping to create well rounded individuals that will go on to change this region forever,” said Lonnie Lawson, President and CEO of The Center.

Altogether, Pike County Central High School had two representatives in the Rogers Scholars program. As reported earlier this summer, the program was also held at Lindsey Wilson College in June, which was attended by Hunter Adkins.

Also honored at the graduation was 2020 Rogers Scholar Drew Hurley, a senior at Pikeville Independent. The 2020 program was held virtually, so last year’s honorees were invited to the 2021 graduation. Hurley is the son of Tina Elswick and James Hurley, of Pikeville.

Each graduate of the Rogers Scholars program earns potential access to exclusive scholarship opportunities from some of the state’s top-ranked colleges and universities.

Justice is the daughter of Ray and Kandi Justice, of South Williamson. She attended the program at Morehead State University. Justice represented Belfry Middle School.

Akers is the granddaughter of Jo and Richard Shaffer, of Jenkins. Newsom is the daughter of Erika and Mike Newson, of Pikeville. Both represented Dorton Elementary School and attended the program at Eastern Kentucky University.

Keene, son of Julia and Caleb Epling and Jordan and Courtney Keene, of Elkhorn City, attended the Union College camp representing Elkhorn City Elementary School. At graduation, representatives from the college announced that students would receive a $2,000 scholarship offer upon high school graduation.

Rogers Explorers is open to eighth-grade students in Southern and Eastern Kentucky who have a strong interest in developing their skills in leadership, team building, community service, and STEM (Science, Technology, Engineering, and Math) fields of study.

Rogers Explorers is a three-day and two-night program on a leading Kentucky college campus where experts will guide them through hands-on assignments. The program is provided at no cost to eligible students within The Center’s 45-county primary service area.

ELI is a weeklong summer leadership camp for student entrepreneurs. ELI provides high school students in Southern and Eastern Kentucky with an in-depth look at what it takes to start their own business venture — from idea development to building a model prototype of their business concept.

The Center for Rural Development partners with Kentucky Highlands Investment Corporation and Eastern Kentucky University to develop the program. During the camp, ELI business teams competed in the Business Concept Challenge competition. Milliken was a member of the winning team and earned a $16,000 scholarship offer from EKU.

For more information about The Center’s youth programs, contact Allison Cross, community liaison and youth programs coordinator at The Center, at, across@centertech.com, or call, (606) 677-6019.

Do you believe actions taken this week to tap the nation’s oil reserves will result in actual price reductions for energy costs?

Why We Still Love Family Dinners on ‘Blue Bloods’