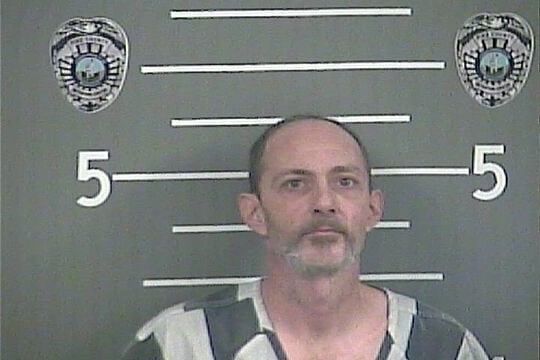 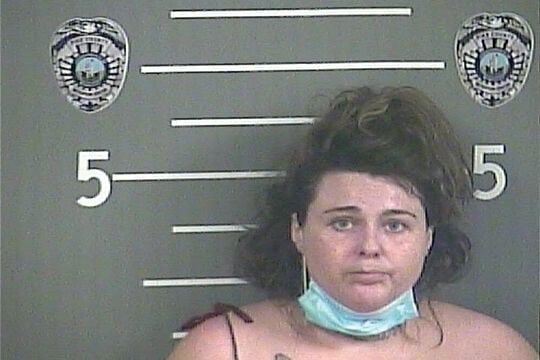 Four people were arrested this past weekend on various charges, including child endangerment and first-degree criminal abuse after police said they responded to two separate welfare checks at Owens Drive and found children who were either unattended or living in filth.

The first welfare check, court documents show, occurred at approximately 1 p.m. on Jan. 8, when officers responded to the Owens Drive apartment of Brandy Scarberry, 39, and her boyfriend and father of her children, Timothy Mobley, 46.

Officer Joe Slone wrote in an arrest citation that Lt. Russell Blankenship and Officer Nick Taylor arrived and made contact with Scarberry, at which time the officers noticed the disarray of the apartment and the odor coming from the living room.

Upon entry, Slone wrote, officers discovered small children without clothes on inside a bedroom with filth everywhere. On the stairs of the residence, according to a citation by Taylor, officers saw old food and piles of trash.

In addition, Slone wrote, there was a broken outlet in one of the rooms which was exposed, possibly endangering the children.

Slone wrote that he noticed a “huge” number of gnats flying around the residence and stuck to the walls and ceiling of both the bottom floor and second floor of the residence. Taylor wrote that the odor inside the residence was so strong he had to exit to go outside to breathe.

Slone wrote that Scarberry and Mobley felt there was nothing wrong with the manner in which they were living and told the children that “this is what cops do.”

“Scarberry stated she could not care for the children in a manner that was pleasing to us cops due to her being disabled and unable to clean or maintain the residence,” Slone wrote.

Slone wrote that Scarberry appeared to be under the influence past the point of safely taking care of the children.

Just a few hours later, at 3:28 p.m., Officer Zachary Bowens responded to a call reporting a crying infant at a different apartment on Owens Drive.

Upon arrival, Bowens wrote, he could hear the infant screaming and made several attempts to knock and make contact with the residences.

Due to the nature of the call and threat to the infant, Bowens wrote, entry was made to the apartment.

Bowens wrote that, once inside, the infant was found laying on a couch in the living room with no adult supervision.

During a further search, Bowens wrote, officers found Jordan Slone, 27, and the child’s mother, Rebecca L. Prater, 21, in a bedroom upstairs. Slone wrote that there was a box fan in the room which made it impossible for Slone and Prater to hear the infant in distress. Both, he wrote, said they were sleeping and did not hear the infant.

Bowens wrote that neither Slone nor Prater were sure of when the last time the infant was fed and stated they had fed it hours before, prior to laying down and going to sleep.

The child was transported to Pikeville Medical Center to be evaluated and social workers were called in.

Both Slone and Prater were lodged in the Pike County Detention Center on charges of endangering the welfare of a minor.

Do you believe the $600 per person amount approved for individual stimulus checks is enough to deal with the impacts families are facing from COVID-19?