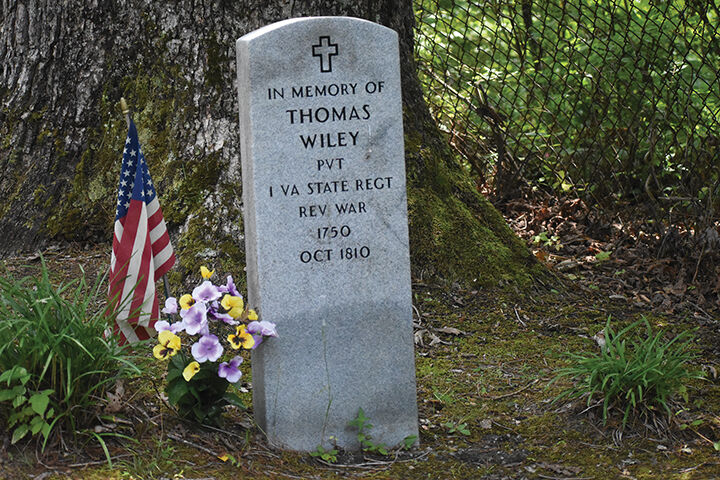 Numerous individuals and groups joined together on July 10 to recognize Thomas Wiley. Wiley may be most well-known to many as the husband of Jenny Wiley, but stands on his own as a historical figure due to many aspects of his life, including his service in the Revolutionary War. 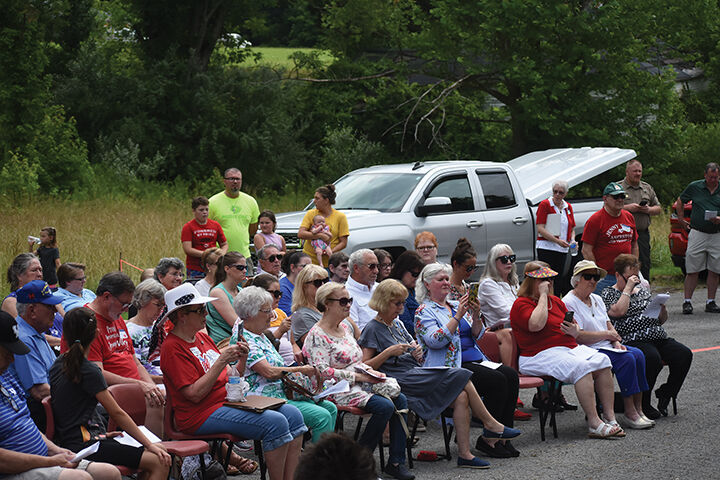 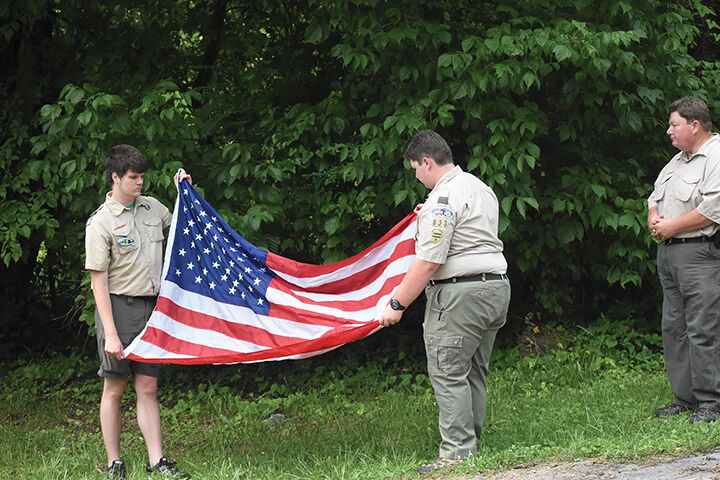 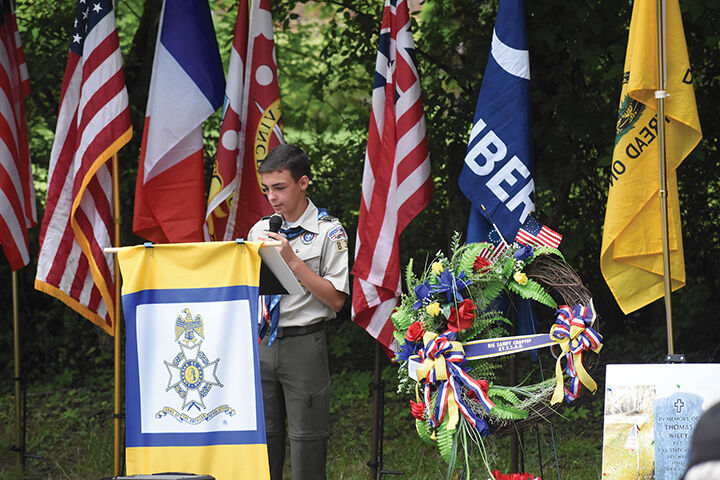 Numerous individuals and groups joined together on July 10 to recognize Thomas Wiley. Wiley may be most well-known to many as the husband of Jenny Wiley, but stands on his own as a historical figure due to many aspects of his life, including his service in the Revolutionary War.

RIVER — Many Kentuckians have heard of the tale of Jenny Wiley. An early pioneer woman on the relatively unknown frontier, she was captured by several tribes of Native Americans and forced to watch the slaughter and scalping of her brother and her three children. She also had to endure the deaths of two more children along her trek of captivity.

Not as well known as Jenny, her husband Thomas Wiley, a soldier from the Revolutionary War, is also central to the story.

According to event organizers, Thomas Wiley emigrated to the United States from Ulster, Northern Ireland in the 1760s to southwestern Virginia. He fought in the Battle of Point Pleasant, also known as “Lord Dunemore’s War” on October 10, 1774, which many consider to be the first battle of the Revolutionary War.

Wiley served in James Robertson’s Virginia militia in 1777, subject to be called out at any time on short notice. He joined the Virginia Line and was on duty from May through August 1778. During that tour, he fought in the Battle of Monmouth, New Jersey on June 28, 1778.

Thomas met Jean (Jenny) Sellards, the daughter of Hezakiah Sellards, in 1789 and the two were married.

They built a cabin and reared a large family in what is now (Bland County) Virginia. Wiley served in Captain Lowe’s Montgomery County, Virginia, militia in 1782.

His wife Jenny was captured by Indians on Oct. 1, 1789, while Thomas was gone to a trading post to sell ginseng. He was reunited with her several months later after her escape from the Indians in what became Johnson County, Kentucky.

Thomas Wiley died in October 1810 and is buried in an unknown location about one half mile from his wife Jenny’s resting place.

The new marker, unveiled Saturday morning by descendants of Thomas and Jenny sits directly across from Jenny’s marker.

The welcome and greeting was performed by Edward C. Keeton, president of the Big Sandy Chapter of the Sons of the American Revolution, just as the guests of honor — Wiley’s direct descendants — arrived by bus. Donald Bradley, gave the invocation for the ceremony. The Pledge of Allegiance was led by Roger Ratliff, who also appeared in period dress.

The SAR Pledge was read by James Stewart, and followed by the Daughters of the American Revolution Pledge led by Leisha Slone.

Mary Sword, a fourth great-granddaughter of Thomas, spoke of her famous relative’s service to the country.

“We’re gathered here today to honor Thomas, who, dedicated himself to fighting for our fledgling country during the Revolutionary War. Sometimes, we tend to brush grandfather Tom aside when we think about grandmother Jenny Wiley, and the traumatic events she endured. However, we should also consider the things that Tom went through during that time as well,” Sword said.

Sword was one of many descendants who attended the memorial on Saturday. The family members were brought in on a Jenny Wiley State Resort Park bus. Each family member was greeted by SAR member and Johnson County Circuit Judge John David Preston and given a program.

By the time of the Revolution, more than 100,000 Ulster immigrants from Northern Ireland arrived in America. Many of them settled in the Appalachian area.

“It’s a lot like Ireland — they felt at home here,” Sword said.

Thomas Wiley’s marker was placed along with his wife Jenny Wiley’s gravesite located behind the River Volunteer Fire Department. The site is open during daylight hours.

Rebel Wilson is looking for love in London

’90 Day Fiancé: Happily Ever After?’: Playing With Fire (RECAP)

Matt Damon: I retired the f-slur after my daughter told me how dangerous it is