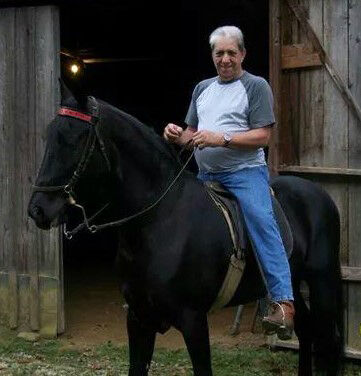 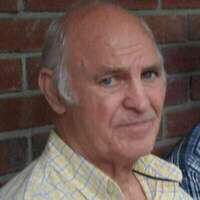 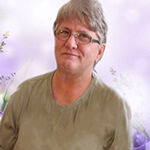 He was born at Ypsilanti, Mich., April 30, 1966, the son of James Allen and Shirley Bevins Grizzle, of Phyllis.

In addition to his parents, he is survived by one son, Cody Grizzle, of Mouthcard; three grandchildren, Kynslee, Connor and Trey Grizzle; his longtime companion,Patricia Spurlock; his aunt and uncle, Don and Reable Bevins; and a host of cousins and friends.

He will be sadly missed by all those who knew and loved him.

Private funeral services will be held. Arrangements are under the direction of the Community Funeral Home of Zebulon.

He was born at Dickenson County, Va., July 1, 1939, the son of the late Forster and Florence Gibson Hopson.

He was a retired welder for Manning Coal Company and a member of the Dorton Old Regular Baptist Church.

In addition to his parents, he was preceded in death by two brothers, James Hopson and Freeman Harrington; and one sister, Mabel Petralia.

There will be a private family funeral. Burial will follow at the Mullins Cemetery, Dorton. Arrangements are under the direction of the Lucas & Son Funeral Home of Pikeville.

Sherman Lester, 66, longtime resident of Narrows Branch, Hardy, went to be with his Lord and Savior on Monday, Nov. 23, 2020.

In addition to his parents, he was preceded in death by two sisters and one brother.

He ran coal for many years. He put so many young men to work, giving them their first jobs. He took these young men and showed them what it was like to work for what you want in life. He was a member of the Turkey Creek Freewill Baptist Church. He loved the Lord and I know, without a doubt, that the second he passed he got his leg back. All he ever wanted to do was walk again and be the boss at any mine which God saw fit for him.

He loved kids. If he could make a child happy, it made him happy. Lots of times he would get behind a school bus coming home from work and every other kid that got off that bus would wave and holler, “Hi Papaw, Love you!”

He leaves behind to honor his memory, his wife of 41 years, Nita Lockard Lester: his son Troy L. Lester (Angel); his daughter, Jessica Lester (Michael Hunter); his granddaughters whom he helped raise and was so very proud of, Michaela Lester and Kassidi Mounts (Dalton); his grandchildren, Casey Lester (Megan), Kaitlyn Browning (Justin), Zach Lester, Cameron Wolford, Savannah Wolford, Addison Lester and Caylee Lester; his great-grandchildren, Braxton Browning, Macee Lester, Kaislyn Lester, Colston Lester, Amari Mounts, Jackson Mounts and Cannon Lester, all whom he loved with all his heart; his brothers, Larry Lester (Teddie), Troy Lester (Anna), Randy Lester (Jennifer), Ronnie Lester (Chandra) and Paul Quinly; his sister, Becky Koback (Mark); lots of double first cousins who were more like brothers and sisters; and a host of other family and friends.

He was a big animal lover; his dogs, Coal and Molly; and many cats, chickens and horses.

His heart was bigger than the moon!

In accordance with Gov. Andy Beshear’s mandate, visitation and services will be private, family only with a limit of 25 people. Burial will follow at the Family Cemetery at Narrows Branch, Hardy, with family members serving as pallbearers. Arrangements are under the direction of the Hatfield Funeral Chapel of Toler.

She was born in Maine, Oct. 1, 1941, the daughter of the late Thomas Folsom and Leona McClain Folsom.

She was an EMT for First Response Ambulance Service in Prestonsburg and a believer of the Freewill Baptist faith.

In addition to her parents, she was preceded in death by one son, Virgil Thomas Yonts Jr.; one daughter, Cynthia Lynn Yonts; and one sister, Charlene Folsom.

Private family services will be held. Arrangements are under the direction of the Lucas & Son Funeral Home of Pikeville.

She was born at Pikeville, April 14, 1955, the daughter of Effie Daniels Griffith and the late Harry Griffith.

She was a retired cook for Pikeville Elementary School and a member of the Community Church.

In addition to her father, she was preceded in death by her husband, Clinton Robinette; first husband, James Jr. Hall; her step-son, Donnie Robinette; and her step-daughter, Debbie Robinette Clevinger.

Along with her mother, she is survived by one son, James Charles Hall (Andrea); two grandsons, Randall Hall and Marcus Hall; one step-daughter, Vickie Jenkins; one step-son, Duane Robinette; one sister, Donna Harris; one nephew, Blake Harris; one niece, Misty Harris Ramey; and a host of loving family and friends.

Private family funeral services will be held with Mark Justice officiating. Burial will follow at the Annie E. Young Cemetery, Shelbiana. Arrangements are under the direction of the Lucas & Son Funeral Home of Pikeville.

He was born at Phelps, March 22, 1944, the son of Edna Dotson and step-son of Frank Dotson, who preceded him in death.

He was a hardworking man who will be sadly missed by his family and friends. He was a retired coal miner and a member of the UMWA. He enjoyed life at home and loved country and gospel music. He also enjoyed riding horses and four wheelers.

In addition to his step-father, he was preceded in death by one son, Jeffery Wolford; and his grandparents, Annie Wolford and Johnny Wolford.

A memorial service will be held at 1 p.m., Saturday, Nov. 28, 2020, at the Gooslin Bottom Pentecostal Church with Rev. Benny Freeman and Rev. Charles Casey officiating. Burial will follow at the Wolford Family Cemetery, Bone Branch, Phelps. Arrangements are under the direction of the Jones & West Funeral Home of Phelps.