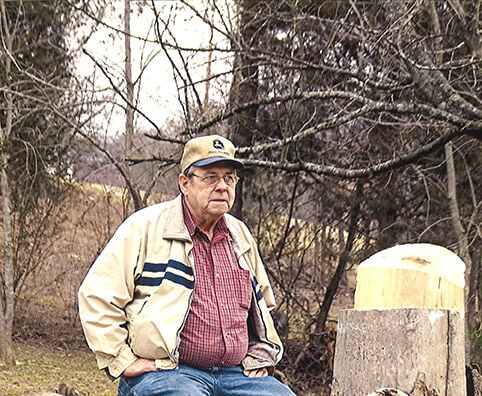 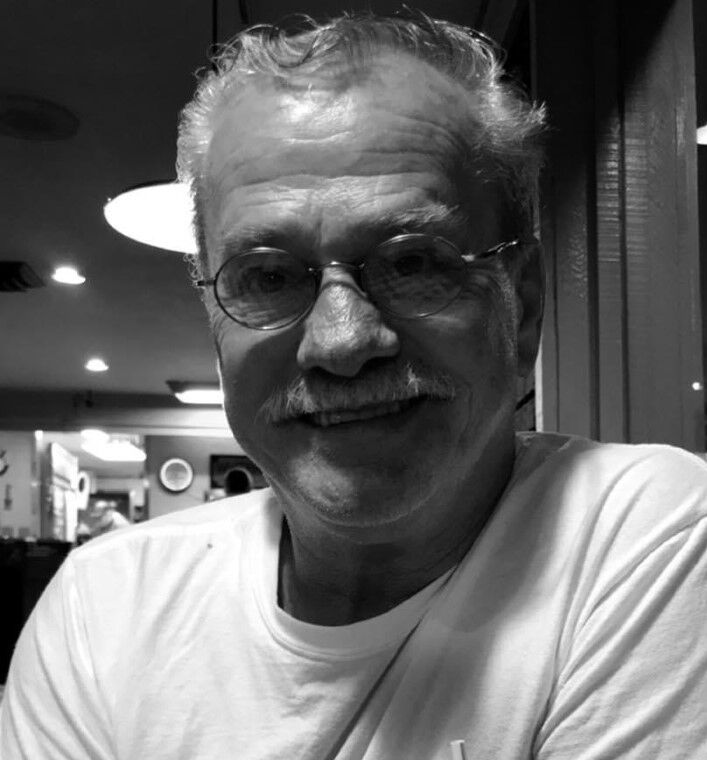 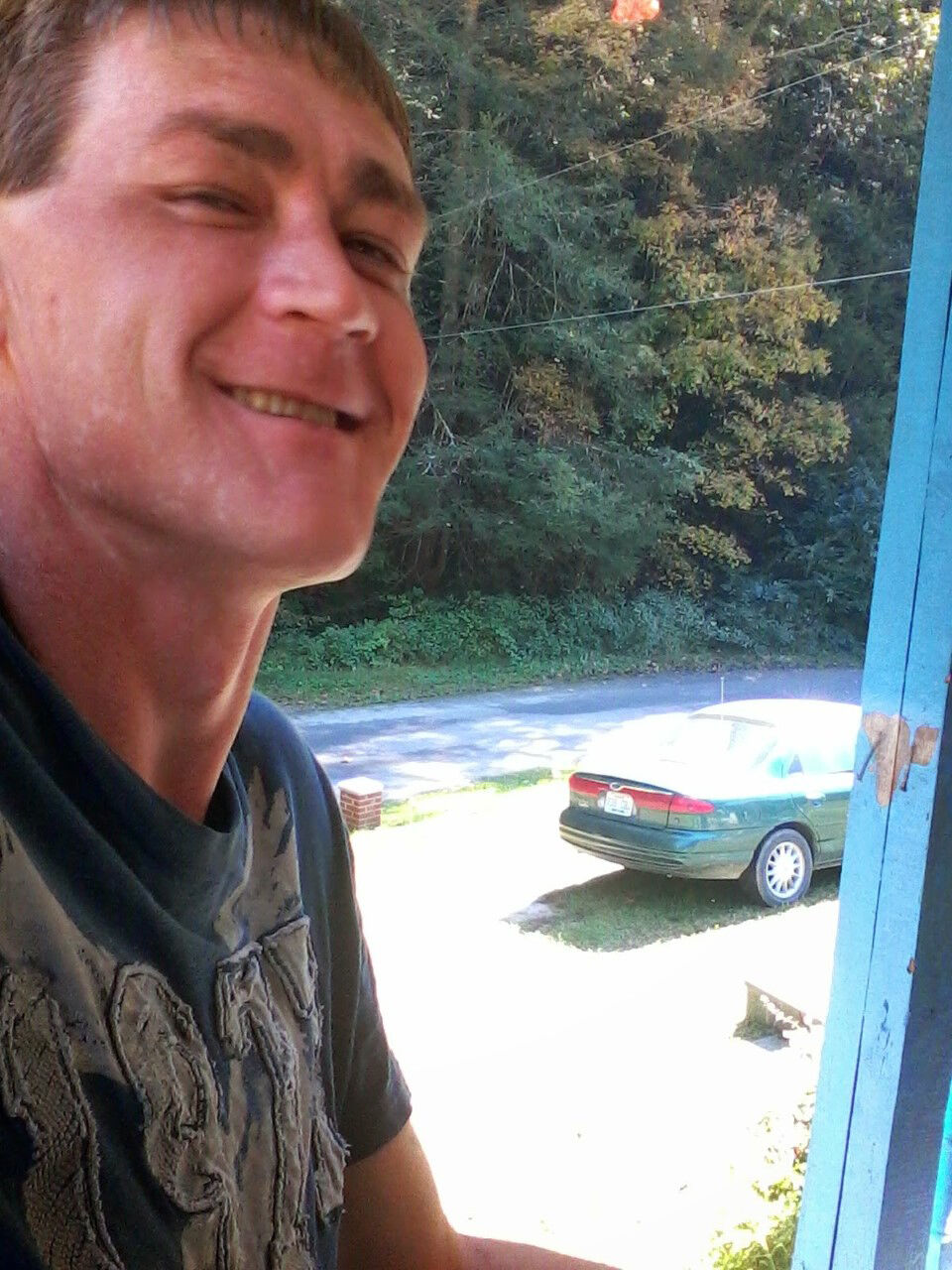 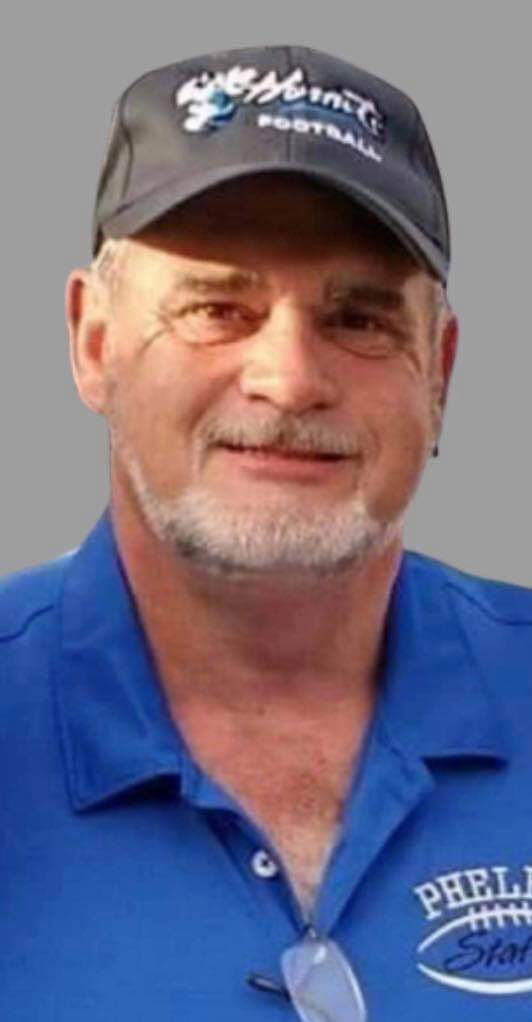 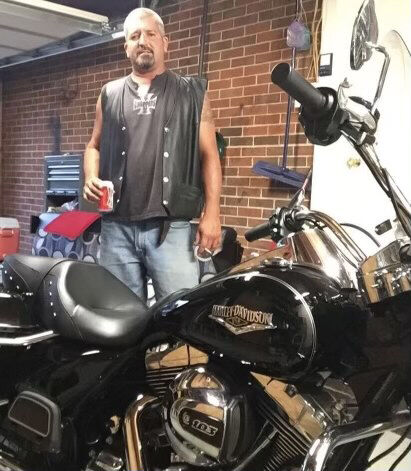 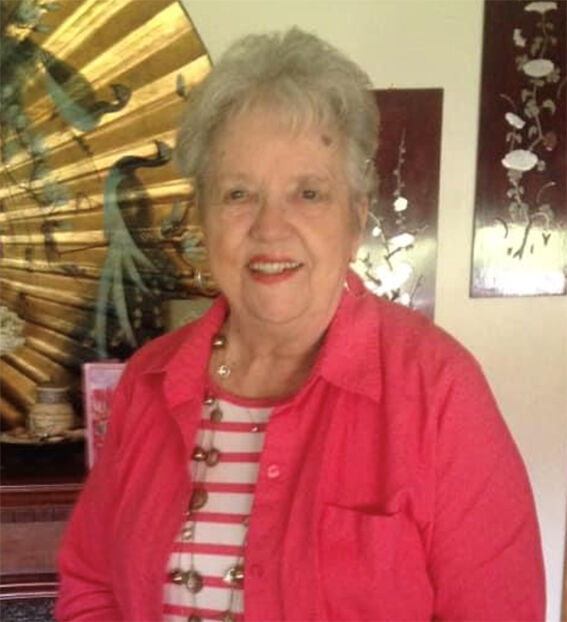 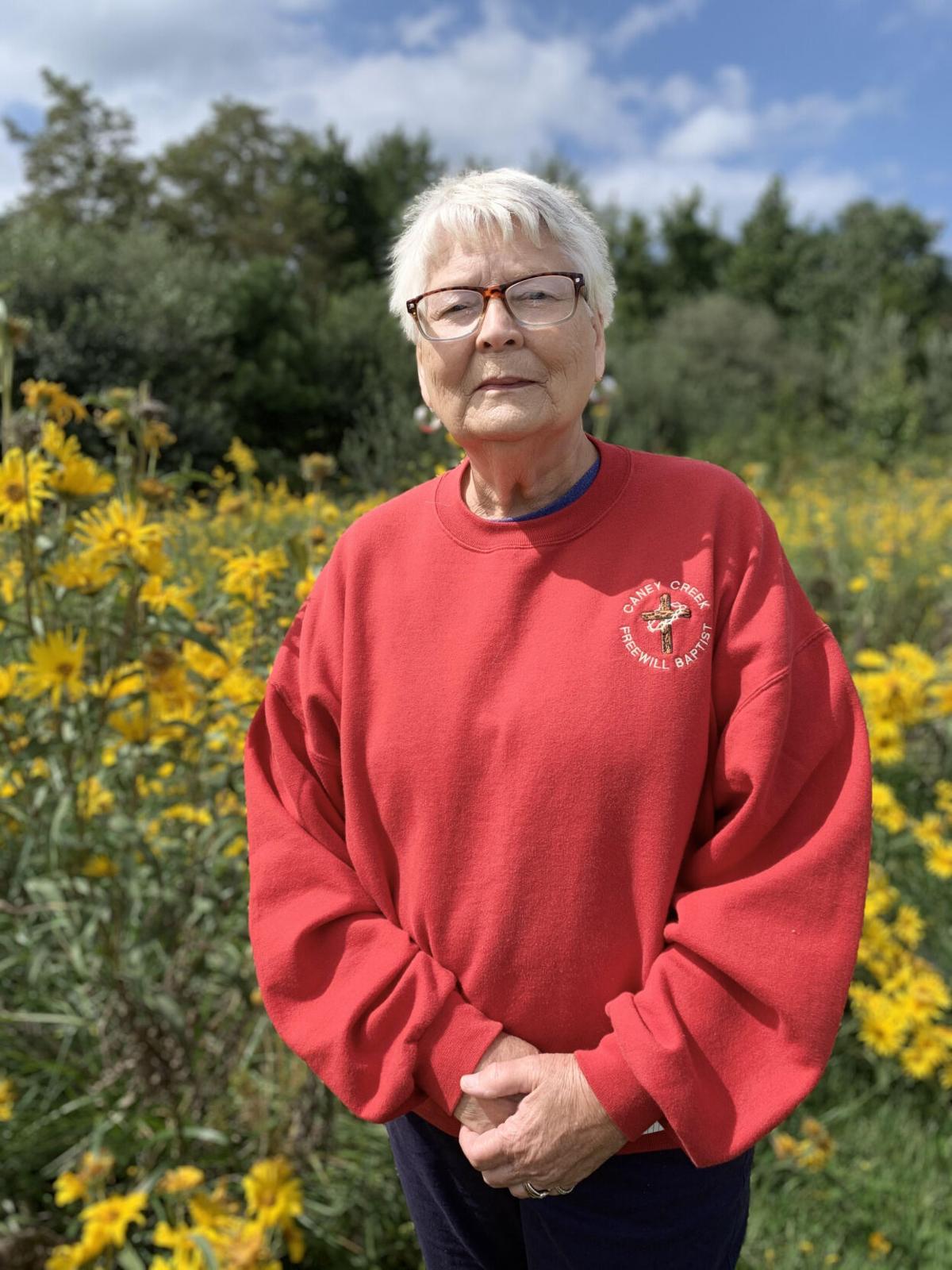 A private family service will be held at 1 p.m., Tuesday, December 29, 2020, at the Chambers Funeral Services Chapel, Matewan, West Virginia. Interment will follow at Mountain View Memory Gardens, Huddy, with family and friends serving as pallbearers. Military honors will be provided by the Disabled American Veterans Chapter #141 of Belfry. Arrangements are under the direction of Chambers Funeral Services, Inc., of Matewan.

Memorial contributions may be made in his memory to: Tug River Community Church, P.O. Box 759, Matewan, WV 25661.

He was born at Pikeville, March 14, 1939. He was the son of the late Milford and Girtie Slone Bentley.

Besides both parents, he was preceded in death by his wife of 55 years, Mildred Chaney Bentley; and two brothers, Bill Bentley and Chalmer Bentley.

He was a people person and loved going to Hardee’s for breakfast with his group of buddies. He always enjoyed flea marketing and trading knives.

She was a member of the Caney Creek Freewill Baptist Church and a retired office manager of Parkview Nursing Home.

Other than her parents, she was preceded in death by three brothers, Larry Baker, Gary Baker and Neil Baker.

She was born Dec. 7, 1948, the daughter of the late Eural Warren Hurley and Dixie Mae Steele Hurley, of Betsy Layne.

She attended Betsy Layne High School where she was a majorette and drum majorette, graduating in 1966. She attended Pikeville College where she received her Bachelors of Science degree in Psychology. She married her high school sweetheart, Harold Don Goble, and soon after they moved to Ypsilanti, Mich., to pursue their teaching careers and start their family.

She was a lifelong educator with Willow Run Community Schools, and was a friend and confidant to all she knew. Her work fulfilled her in many ways, both professionally and personally. She loved and cared for her students and fellow teachers deeply.

Her greatest love was being a nana, mother and wife. She exuded pride, joy and happiness when she was with her family, and she was able to pass peacefully with them by her side in the hours leading up to her sudden passing.

She enjoyed watching her granddaughters’ many activities, her yearly trips to Florida, being at the beach, northern Michigan, birdwatching, reading, puzzles, talking politics, University of Michigan football, trips to Kentucky, shopping, and being with those she loved. She made friends with anyone she would meet and loved fiercely. Her beauty radiated from within. Her warmth, kindness and beautiful soul will be missed by many.

She is survived by her husband of 53 years, Harold Don Goble, of Willis, Mich.; Chanin (Goble) Heise and husband, Scott Heise, of Okemos, Mich.; two granddaughters, Katie and Lindsay Heise, both of Okemos, Mich.; a sister, Valerie Hurley Cooley, of Prestonsburg; and her brother, Randall Warren Hurley, of Garland, Texas.

A celebration of life will be held at a later date. A final resting service will be conducted at Davidson Memorial Gardens, Ivel. Arrangements are under the direction of the Nice Family Funeral Home and Cremation Services, Inc., of Ann Arbor, Michigan.

Obituary courtesy of the Lucas & Son Funeral Home of Pikeville.

Frankfort – With profound sadness we announce the passing of Patricia “Pat” Huffman on Monday, Dec. 21, 2020. She passed away with her daughter, Julie, and her granddaughter, Megan, by her bedside.

She was born at Hemphill in Letcher County, Jan. 30, 1931, the daughter of Michael P. and Julia Elliott.

She was preceded in death by her husband, John P. “Johnny” Huffman; her son, Terry Lee Huffman; her sisters, Colleen Elliott Merrithew and Dolores Elliott Blair; and her brother, Michael “Mickey” Elliott.

She was a lifelong member of the First Christian Church of Pikeville. She was an avid bowler, cook, reader  and fan of the Kentucky Wildcats.

The family wishes to extend their deepest appreciation for the kind words and condolences extended by members of the community on her behalf. There will be a private celebration of her life in the summer of 2021. Her ashes will be interred at the Huffman family cemetery at Pikeville.

Arrangements are under the direction of Harrod Brothers Funeral Home & Crematory.

the guestbook may be signed at www.harrodbrothers.com.

Arrangements are incomplete and will be announced later by the Hall & Jones Funeral Home of Virgie.

He was a construction worker.

Other than his mother, he is survived by his wife, Stefanie (Henson) Little; one daughter, Alexandria N. Little, of Louisa; one brother, Adam P. Little, of Pikeville; one sister, Donna Sue Mullins, of Jonancy; and one grandchild, Journey Paige Little.

Gaino Stiltner, beloved husband, father, grandfather, brother, uncle, cousin, classmate, coach and friend, went to spend Christmas and eternity with his mother on Wednesday, Dec. 23, 2020, at UK Chandler Hospital, with his wife and daughter by his side.

Gaino and his wife, Debbie Wallace Stiltner, spent 43 years together and have one daughter, Gaina Devin Compton (Kyle), who was the light of her daddy’s life. He loved his grandchildren, Steven Todd Layne and Kaylynn Ivy Layne, beyond measure. He also loved his little Meg, Anna and Kyle Douglas Compton II. He was a big brother to four sisters and one brother, Cheryl Smith (Donald), of Owingsville, Connie Deel (Jeff), of Fredericktown, Ohio, Shelia Hurley (Jerry), of Majestic, Rhonda Gayle Freeman (Jeff), of Phelps, and Bill Stiltner, of Frenchburg. His longtime friend, Bill McKinney, was thought of as a brother to Gaino and his family, as well. He was a wonderful brother-in-law to Glenetta Dotson (Elmer), David Cecil Wallace and Deanna Wallace. He loved his nieces and nephews including, Mike Dotson (Tisha), Carrie Ball, Kristen Cantrell (Chad), Sommer Helton (Andrew), Josh Hurley (Bethanie), Jerrica Hurley and fiance’, Dustin Mounts, who is also a lifelong friend, Kelcie Rogers (Vincent), Andy Stiltner (Amanda), Logan Stiltner, Jarred Freeman, Allyson Matthews; and a host of great-nieces and nephews.

He considered the players he coached through the years as sons and his coaching colleagues as brothers.

He was preceded in death by his parents, Ernest and Daphene Wolford Stiltner; and his great-nephew, Alex Dotson.

Gaino was a UMWA member and worked at Chisholm Coal for many years. He has been involved with Phelps football since the program began, first as a player, then as soon as he graduated, he began as assistant coach. In addition, he was a Mason and Masonic Rites will be performed.

In lieu of flowers, the family suggests a fitting tribute to honor Gaino’s memory will be by doing something special for a child in the community this holiday season and to keep that as a tradition each year going forward.

Funeral services were held at 1 p.m., Monday, Dec. 28, 2020, at the Lord’s House at Phelps. He was pulled into his parking space at Stiltner Field one last time before proceeding to the gravesite. His final resting place is at the Stiltner Cemetery on Shades Branch, Phelps, alongside his parents. Arrangements were under the direction of the Jones & West Funeral Home of Phelps.

He grew up in Pike County and moved to Lexington at age 19. He was a land surveyor for 20 years. His hobbies included boating, fishing, camping, composing music, playing his guitar and riding his Harley Davidson motorcycle.

He was preceded in death by his father, Jerry R. Tackett.

Final arrangements will be private. Arrangements are under the direction of Care Cremation and Funeral Service of Lexington.

The guestbook may be signed at www.carecremationservice.com.

She was born in Pike County, Aug. 26, 1971, the daughter of the late Arnold Lee Turnmire and Vernie Ward Turnmire.

She was a member of the Kimper Church of Christ.

She is survived by a very special aunt, Fairie McCown; one brother, Keith Turnmire (Sandi), of Kimper; one sister, Shelby Young (Jeff), of Kimper; 10 nieces; 27 great-nieces and nephews; and a host of other family and friends.

Funeral services will be held at 1 p.m., Thursday, Dec. 31, 2020, at the Community Funeral Home Chapel with Joe Horne officiating. Burial will follow at the Ward Family Cemetery, Prichard Fork, Kimper.

The guestbook may be signed at www.communityfuneralhomeky.com.