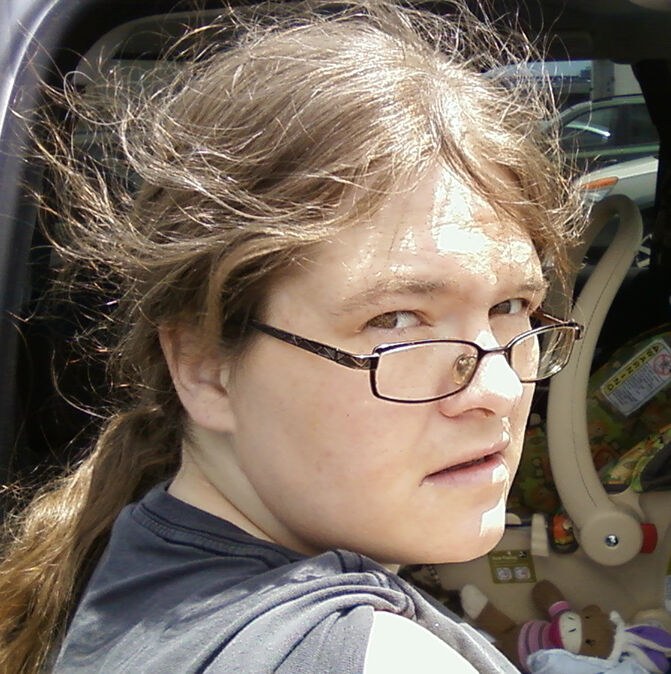 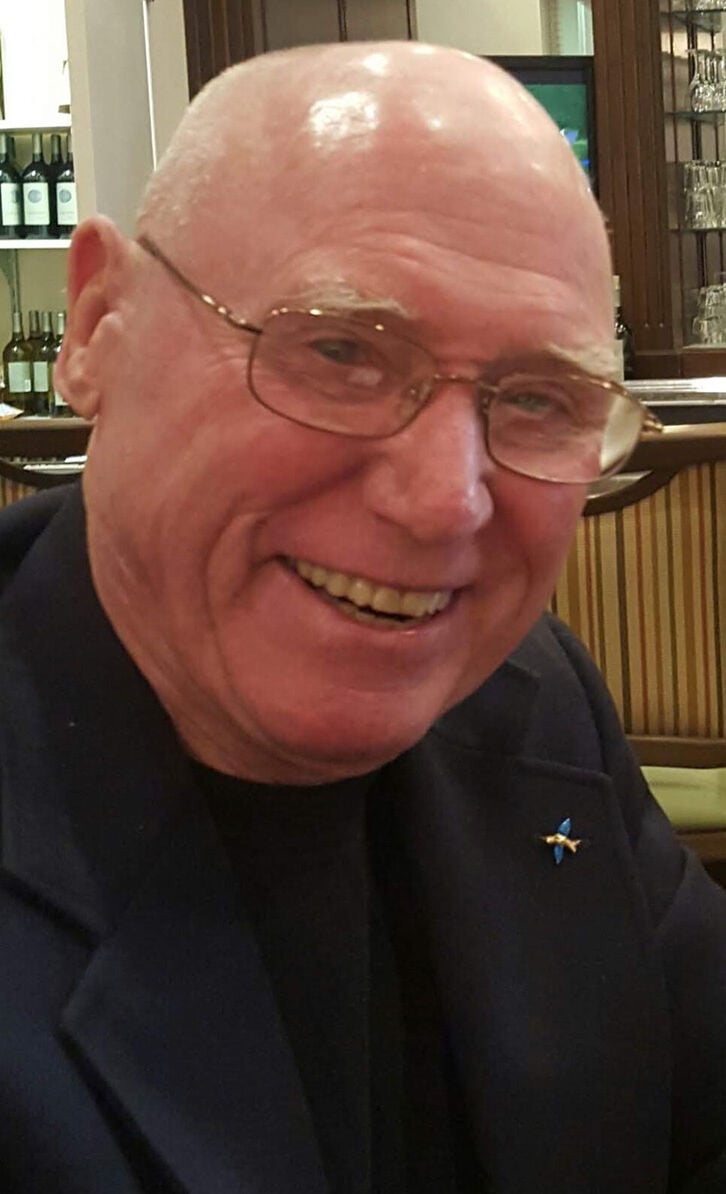 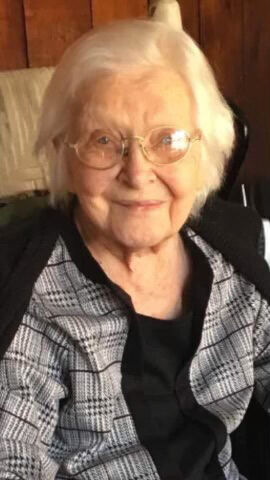 She was born at ARH Hospital, South Williamson, April 7, 1979, the daughter of the late William Allyn Brooks and Azzie Stacy Brooks.

In addition to her parents, she was preceded in death by her maternal and paternal grandparents; and several aunts and uncles.

She is survived by her son, William George Brooks; her loving partner, Sam Jonas II; her brother, George Brooks (Tonya), all of McAndrews; and a host of family and friends who will miss her.

There will not be an open casket. In lieu of services, everyone will gather at the gravesite at Brooks Cemetery, McAndrews, to sign her casket as she had wished. She is to be buried at 12 p.m., Friday, Feb. 12, 2021. Arrangements are under the direction of the Jones & West Funeral Home of Phelps.

She was born at McAndrews, July 31, 1924, the daughter of the late George Washington May and Bertha Blackburn May.

She was a loving wife, mother, grandmother and sister. She was a homemaker and a member of the Methodist Church.

In addition to her parents, she was preceded in death by her husband, Richard "Dickie" Cleghon; her son, Mike Cleghon; and her siblings, Grace May Webber, Fern May Hall, Thelma May, George Washington May Jr., Bonnie May and William May.

All services will be private. Burial will be at Mountain View Memory Gardens, Huddy,  with Larry Tackett II, Ryan Mullins, Larry Tackett Sr., Todd Blackburn, Taygan Mullins and Colby Mullins serving as pallbearers. Arrangements are under the direction of the R. E. Rogers Funeral Home of Belfry.

After 92 years of walking on his hands, swimming rivers and creeks, running marathons, tossing children into the air, and hugging loved ones with all his might, the physical body of James O. Miller could no longer contain the exuberant, mighty spirit within and, as the sun rose on Dec. 19, 2020, with his family around him, his spirit flew into the morning, spreading his eagle wings to ride the currents of the rising warm air to his new joyful life.

Jim was born in East Liverpool, Ohio, May 7, 1928, and grew up having adventures with his beloved brother, Bob, along the Ohio River and Beaver Creek. He was a proud member of the East Liverpool Car Barn Heathens.

He graduated from East Liverpool High School (class of 1946), joined the army directly following and served during World War II. Through the GI Bill he attended Michigan State University receiving a B.S. in zoology. His thirst for knowledge brought him to Kent State University where he earned his M.Ed. in guidance counseling, then on to Case Western Reserve where in 1963, he completed his doctoral studies in administration and educational psychology. He was chosen to attend Harvard University as part of his post-doctoral studies.

Jim had an illustrious career as an educational professional spanning many decades and impacting countless lives. He believed deeply that universal education is the foundation of our society’s strength. He served the Euclid, Ohio, school system and community from 1953 to 1969 as a teacher, assistant principal and principal. As chairman, division of education and social sciences and professor of education and psychology, with Pikeville College, Pikeville, KY (1969-1975), Jim wrote the Teacher Corps proposal securing $7 million in federal funds to improve and provide enhanced teacher training. He directed the Demonstration Classroom, a county-wide project carried on by Pikeville College in cooperation with the Pikeville Model City Agency, upgrading the quality of local schools through a co-participating effort of all education agencies in a broad area of mid-Appalachia. From 1975-1981, he served as dean of instruction with Butler County Community College, Butler, Pennsylvania. His friend and former colleague, Dr. LaMont Crape once wrote of him, “He is the best. The kind of man we desperately need in our institutions of learning these days, a man who has values and believes that the best is yet to come.” In 1982, Jim accepted the role of president with Northwest State Technical College in Archbold, Ohio. His impact on the community during his decade at the helm was meaningful and long-lasting, including increasing enrollment by 41.6%, the establishment of the Associate Degree in Nursing (ADN) and creating the Child Care Center and the Center for Lifelong Learning.

His career was fueled by his love for his family. He first laid eyes on the love of his life, Mary Catherine Baxter, in high school and they married in 1952. Sixty-eight years of marriage followed during which they raised four daughters and created a beautiful life.

Jim retired from his educational career in 1991, but his ever-curious and adventurous spirit did not! He and Mary Catherine had many travel adventures together and eventually relocated to their dream home in Florida. Jim dove into studying Buddhism and yoga, and taught yoga for many years. He continued walking on his hands and demonstrating his physical prowess on an almost daily basis at the Sun City Center Fitness Center, where at 87 years of age he was still doing 12 chin ups in a row!

He greeted all with his infectious smile and was always ready with a joke and tales of his buddy, Lacey Tackett, from Pike County. He loved wrestling, swimming and bouncing off a diving board on his hands. He relished vanilla ice-cream, peanut butter and Mary Catherine’s lasagna. He loved watching birds, planting gardens, canoeing, writing in his journal,“Thoughts & Things,” reading and learning everything he could about this brilliant world.

He was preceded in death by his parents, Mildred and Bernie Miller; his brothers, Robert Paul Miller, Jerry Miller and Terry Miller; and his granddaughter, Ryan Elizabeth Cochran Huffman.

He welcomed death as he’d welcomed life; with an open, adventurous and curious heart.

“Birth and death are only the outer appearance. A leaf just fallen from a tree in October: ‘Hello, don’t think that I am dead, I’m going back into the form of a leaf next April. Come back and see me when I’m green!’”

A celebration of Jim’s life will be held sometime in the near future when we can all safely hug one another very tightly.

In lieu of flowers, donations may be made to the James O. Miller, EdD and Mary C. Miller, RN scholarship fund with Northwest State Community College, https://northweststate.edu/foundation. Arrangements by Zipperer's Funeral Home of Ruskin, Florida.

The guestbook may be signed at www.zipperersfuneralhome.com.

He was a warehouse worker at Pepsi Cola Company and a believer of the Christian faith.

He was born at Elkhorn City, Jan. 18, 1935, the son of the late Cornelius “Snead” Wallace and Bessie Belcher Wallace.

He retired from CSX Railroad and served his country proudly in the United States Navy. He was a member of the Elkhorn City Methodist Church.

He is survived by his sister, Anna Rae Souve; his sister-in-law, Lois Wallace; his brother-in-law, Billy Bolen; his granddaughters of the heart, Rachel Elaine Wallace and Anna Leigh Wallace; and a host of other dear family and friends.