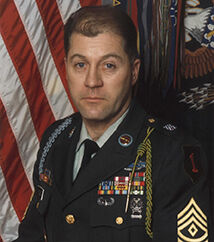 She was a Certified Nurse Assistant (CNA) having worked for Trinity Healthcare Services. She loved spending time with her family. Her grandchildren were her life. She was a giver; and if possible, she would help anyone, including raising a lot of kids who were not hers. She was of the Baptist faith.

Besides her parents, she was preceded in death by her husband, Woodrow Hurley; and three brothers, Wayne, Eddie and Robert.

Funeral services will be held at 12 p.m., Wednesday, April 7, 2021, at the Pentecostal Tabernacle in Jesus Name Church of Edgarton, W.Va., with Pastor Ronnie Wolford officiating. Burial will follow at the Varney Cemetery of Lynn, West Virginia. Arrangements are under the direction of the Jones & West Funeral Home of Phelps. Phone (606) 456-0656.

He retired from the United States Army with 23 years of service and was a veteran of the Vietnam War, where he spent two years. He was also a police officer in Clarksville, Tenn., and served as Military Police in the army. After his retirement, he was employed by and retired from the Nashville office of Veterans Administration as a Veterans Service Representative.

He loved fishing, ginseng hunting, playing corn hole and playing Rook at the family reunions that he loved so much. He was loving, caring and loyal. He possessed one of the most generous hearts you will ever find and was an amazing man and the best husband that every man should live by. He loved Jesus and read his Bible daily, reading it completely through at least ten times.

Other than his parents, he was preceded in death by one brother, Scottie Miles.

He is survived by his loving wife of 44 years, Zelda Anne Prater Miles; his sister-in-law, Jeanne Miles; as well as his wife Zelda’s family whom he loved as his own, Kernie and Tammy Prater, Charles and Donna Prater, Wayne and Linda Simmons, Bill and Glenda Ungerbuhler, Bobby and Virgie Mosley, Ida Adkins, James and Rosie Skeens, and Thurman and Alecia Carroll.

Visitation will begin after 5 p.m., April 6, at the church, with services beginning at 7 p.m. Arrangements are under the direction of the Hall & Jones Funeral Home of Virgie.

He was born in Pike County, Aug. 24, 1959, the son of the late Calvin Newsome and Polly Holbrook Newsome.

He was a retired coal miner and was of the Pentecostal faith.

Graveside services were held at 1 p.m., Monday, April 5, 2021, at the Ratliff Cemetery, Shelby Gap. Arrangements were under the direction of Thacker Memorial, Inc., of Pikeville.

He was born in Pike County, Feb. 20, 1980, the son of Donnie Edward Standifur and the late Destil Bartley Standifur.

He was disabled and was a believer of the Freewill Baptist faith.

In addition to his mother, he was preceded in death by his maternal and paternal grandparents.

In addition to his father, Donnie Edward Standifur (his companion, Lola), he is survived by his half sister, Whitney Tipton.

Funeral services will be held at 1 p.m., Tuesday, April 6, 2021, at the Bowling Fork Freewill Baptist Church, with Richard Gibson and Jimmy Kerr officiating. Burial will follow at the Ashcamp Cemetery, Ashcamp. Arrangements are under the direction of the Lucas & Son Funeral Home of Pikeville.