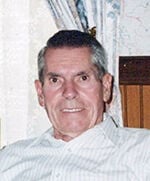 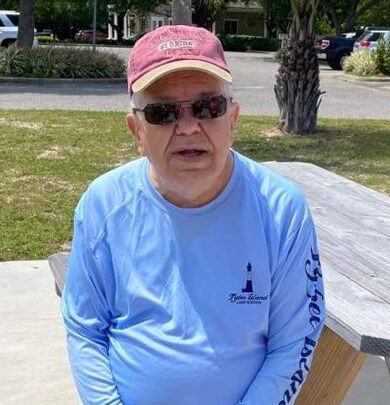 He was preceded in death by his parents, Ballard and Minnie; beloved wife, Mary; four brothers; and three sisters.

The family would like to give a special thanks to OSF Hospice for their compassionate care for Bill.

Memorials may be made to the family.

The guestbook may be signed at www.belviderefh.com.

Private services will be held. Arrangements are under the direction of Chambers Funeral Services, Inc., of Matewan, West Virginia.

He was also preceded in death by his brothers, Daris, James Edward, Ricky Lee, Frank Jr. and Jackie Darrell Casey; and his sisters, Leatta Casey and Shelby Jean Robinson.

He leaves to honor his memory and mourn his passing a brother, Danny Lee Casey; and his sisters, Irene Stell, Teresa (Hassel) Daniels and Becky (Luther) Smith.

Terry enjoyed riding his four-wheeler and motorcycle. He loved spending time with his family and friends. He enjoyed the simple things in life. He was a gentle and kind man. Terry will be missed by his family and his community of friends and neighbors.

He was born in Pike County, Friday, May 6, 1932, a son of the late Earl Sr. and Pearly (Varney) Chapman, and stepmother, Bertha Chapman.

Vernon was a United States Army Veteran having served in the Korean War where, for 18 months, he was in the 38th Parallel firing mortars on the front line.

Other than his parents, he was preceded in death by one son, Charles Chapman; three brothers, Gary Dean, Reaford and Lee Orville Chapman; and two sisters, Loretta Jo Chapman and Gaythel Chapman.

Vernon also leaves behind a host of family and friends to mourn his passing.

Dale was born in Pikeville, May 9, 1958, the son of the late Tobey Dale and Tina Runyon Collins.

Dale was a surface mine operator.

In addition to his parents, he was also preceded in death by two brothers, Michael and Charles Collins; and one sister, Nancy Dedrick.

Funeral services will be held Thursday, May 26, 2022, at the Gulnare Freewill Baptist Church with Stacy Stepp officiating. Burial will follow at the Kendrick Cemetery, Gulnare, with Evan Ratliff, Benjamin Collins, Elijah Rhinesmith, Todd Collins and Tobey Collins serving as pallbearers.

Cassie was born in Pike County, Jan. 1, 1934, the daughter of the late Ell Robinson and Laura Tackett Robinson.

Cassie was a homemaker. She was the wife of Larry Howard.

Cassie is survived by her husband, Larry Howard; one daughter, Ava Helman; one granddaughter, Ann Helman; and a host of loving family and friends.

He was a retired coal miner and a retired school bus driver for the Pike County School system. He was a member of the Kimper Church of God since May 8, 2021.

Dean loved deep-sea fishing, was a great cook and gardener, loved taking Chris and Adam on their yearly adventure to “The Christmas Place”, he loved being “Pap” to Little Jace and was so excited to know he was going to be a “Grandpa” to his “Baby Girl,” Heather’s expected little one.

He is survived by his loving wife of 37 years, whom he married on Sept. 8, 1984, Cristel Lynn Case Hunt; one daughter, Heather LaShae Harris (Michael), of Kimper; and two sons, Christopher Dean Hunt and Adam Trent Hunt, both of the home.

He is also survived by his sisters and brother, Betty Smith, of Brookfield, Ill., Kathleen Hunt Taylor (Tim), of Raccoon, Ritchie Hunt (Stephanie), of Kennerdell, Penns., Shelby Taylor, of Jonesville, and Patty S. Houpy, of Jonesville.

Serving as honorary pallbearers were: Tim Taylor and Ritchie Hunt.

Arrangements were under the direction of J.W. Call Funeral Home of Pikeville.

With great sadness and a heavy heart, we announce the passing of Martha May, of Phelps.

In addition to her parents, she was preceded in death by her first husband, Lon Smith; her second husband, Walter May; three sons, Teddy Smith, James May and Bud May; four brothers, Ernest, Jennings, David and Teddy Wayne; and five sisters, Myrtle Wagner, Marie Charles, Catheline Lockhart, Madeline Boyd and Dorothy Hibbitts.

Martha was a member of the Primitive Baptist Church at Smith Fork in Phelps. Her many hobbies included quilting, reading and gardening. Martha enjoyed bird watching and taking care of her flowers. Most of all, she loved the Lord and all the blessings he bestowed upon her life.

Her family and friends she cherished dearly and she will be sorely missed.

Those left to honor the memory of Martha are her children, Jimmy Lee Smith (Ina Ruth), of Phelps, Jan Fannin (Darrell), of Phelps, Lonetta Hunt, of Raccoon, and Nina Gail Varney (Glen), of Canada; and a host of grandchildren, great-grandchildren, nieces, nephews and a countless number of friends.

Funeral services were held at 12 noon, Saturday, May 21, 2022, at the Primitive Baptist Church, Smith Fork, with elders of the church ministering. Interment concluded at George W. Dotson Cemetery in Phelps. Arrangements were under the direction of Jones & West Funeral Home in Phelps.

Brenda Elaine Benningfield Norman, 74, of Pikeville, died Friday, May 20, 2022, at her residence.

She was a homemaker, loving Mom, Maga, devoted Southern Baptist Minister’s wife for nearly 55 years until his home-going, a secretary and receptionist.

Elaine was born in Campbellsville, Aug. 5, 1947, a daughter of Theodore and Stella (Cave) Benningfield.

Along with her parents, she was preceded in death by her husband, Robert Earl “Bro. Bob” Norman Sr., on Dec. 18, 2021; one brother, Charles Benningfield; and one sister, Jane Thompson.

Arrangements were under the direction of J.W. Call Funeral Home of Pikeville.