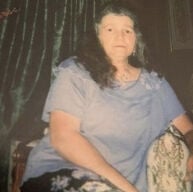 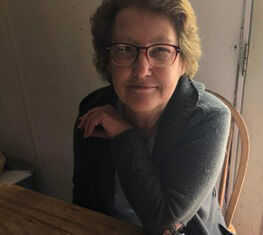 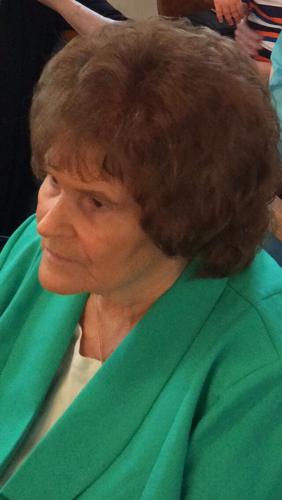 Alpha was born in Island Creek, Feb. 28, 1952. She was the daughter of the late Estill and Chloe Adams Coleman, and she was raised from age 13 months by the late John H. and Ada Marie Maddaugh Carroll, whom she considered her parents.

Alpha had been a ward clerk at Pikeville Methodist Hospital and Mountain Manor Nursing Home and was a member of Saint Francis of Assisi Catholic Church.

In lieu of flowers, her wishes were for you to send donations to: St. Francis of Assisi Catholic Church, 137 Bryan Street, Pikeville, KY 41501.

Our loss is truly heaven's gain.

Funeral services will begin at 1 p.m., Wednesday, May 4, 2022, at the funeral home, with Father Robert Adams officiating. Burial will follow at the Carroll  Cemetery, Hoopwood. Arrangements are under the direction of J.W. Call Funeral Home of Pikeville.

Funeral services were held at 1 p.m., Monday, May 2, 2022, at the Nolan Freewill Baptist Church, Nolan, W.Va., with Earl White officiating. Burial followed at the family cemetery, Emily Creek. Arrangements were under the direction of the R.E. Rogers Funeral Home of Belfry.

He was a member of the Old Regular Baptist Church and the United Mine Workers of America.

Commalieta was born in Dayton, Ohio, May 4, 1961, a daughter of Paris Perkins and Olivia (Smith) Bauswell.

She was a former employee of Shurtleff Laundry.

Along with her parents, she was preceded in death by her husband, Homer Lee Slone, on March 14, 2020; a daughter, Brandi Perkins; and a brother, Mark Whittaker.

Funeral services will be held at 2 p.m., Wednesday, March 4, 2022, at the Bailey Funeral Home chapel. Burial will follow at the Annie E. Young Cemetery, Pikeville. Arrangements are under the direction of Bailey Funeral Home, Inc., of Elkhorn City.

In addition to both parents, Dorothy was preceded in death by her husband, Clifton Thacker; her brothers, Richard Don Justice, Charles B. Justice and Robert “Bob” Edward Justice.

Dorothy was a loving wife, mother and friend.

She will certainly be missed by all who knew and loved her.

Funeral services were held at 2 p.m., Sunday, May 1, 2022, at the Poorbottom Freewill Baptist Church with Richard Gibson officiating. Burial followed at Annie E. Young Cemetery, Pikeville. Arrangements were under the direction of Bailey Funeral Home, Inc., of Elkhorn City.