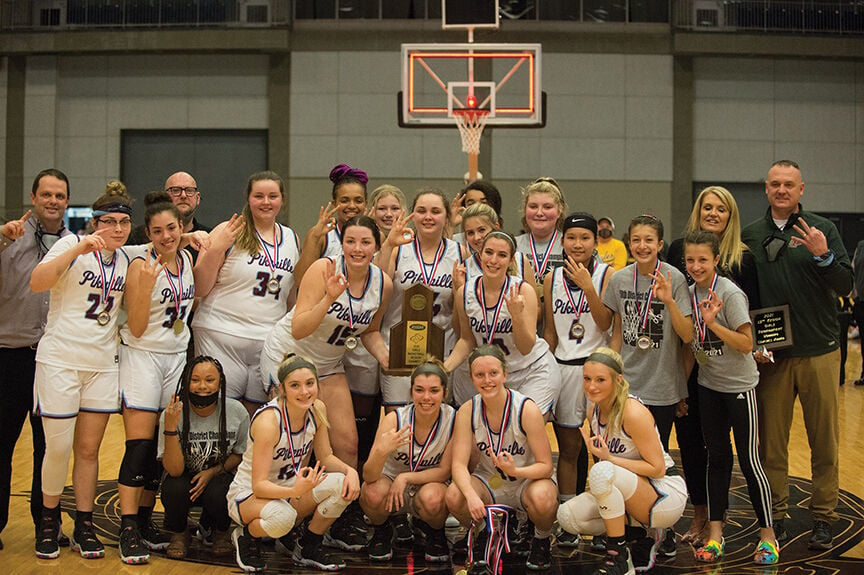 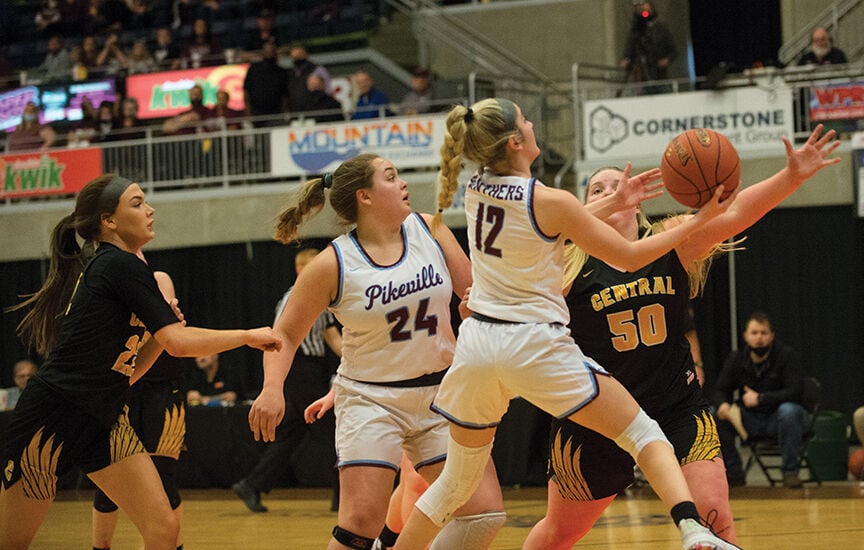 For the third year in a row the Pikeville Lady Panthers have claimed 15th Region gold and will be playing in the KHSAA Sweet Sixteen Tournament.

The Lady Panthers were in a close matchup with the Johnson Central Lady Golden Eagles in the 15th Region Championship.

At least that was the case until the Lady Panthers held the Lady Golden Eagles scoreless in the game’s third quarter essentially sealing the 53-38 win for Pikeville.

“Three,” said freshman guard Trinity Rowe. “That’s hard to do. We were confident coming into this game and knew we had to put together a good game to come out with the win and we did that.”

Early on Johnson Central was able to come away with a 9-7 lead over the Lady Panthers by the end of the game’s first quarter.

Both teams came out playing tremendous defense in the opening quarter.

However, it was Pikeville’s defense that came out and lasted the full length of the game.

“Coming in we had talked about how we had to be so solid defensively,” said head coach for the Lady Panthers Kristy Orem. “We needed to make sure we protected the three-point line and we did that.”

Pikeville did that so well in fact that they held the Lady Golden Eagles to just 30% from behind the arc on the game.

The third quarter was the story of the game and the peak of the Lady Panthers defensive prowess.

The 15-0 run that lasted the entirety of the third quarter poured into the game’s fourth quarter.

The Lady Panthers’ 15-0 run continued to the 7:00 mark in the fourth and actually ended as a 19-0 run before Johnson Central’s Kelci Blair got a basket to end the Lady Golden Eagles drought.

The Lady Golden Eagles outscored the Lady Panthers 17-11 in the fourth quarter but that was too little too late to overcome the deficit built in the game’s third quarter.

With Pikeville coming away with the 53-38 win they now have a week to prepare for Marshall County from region one.

Do you believe the United States economy is moving in a positive or negative direction?