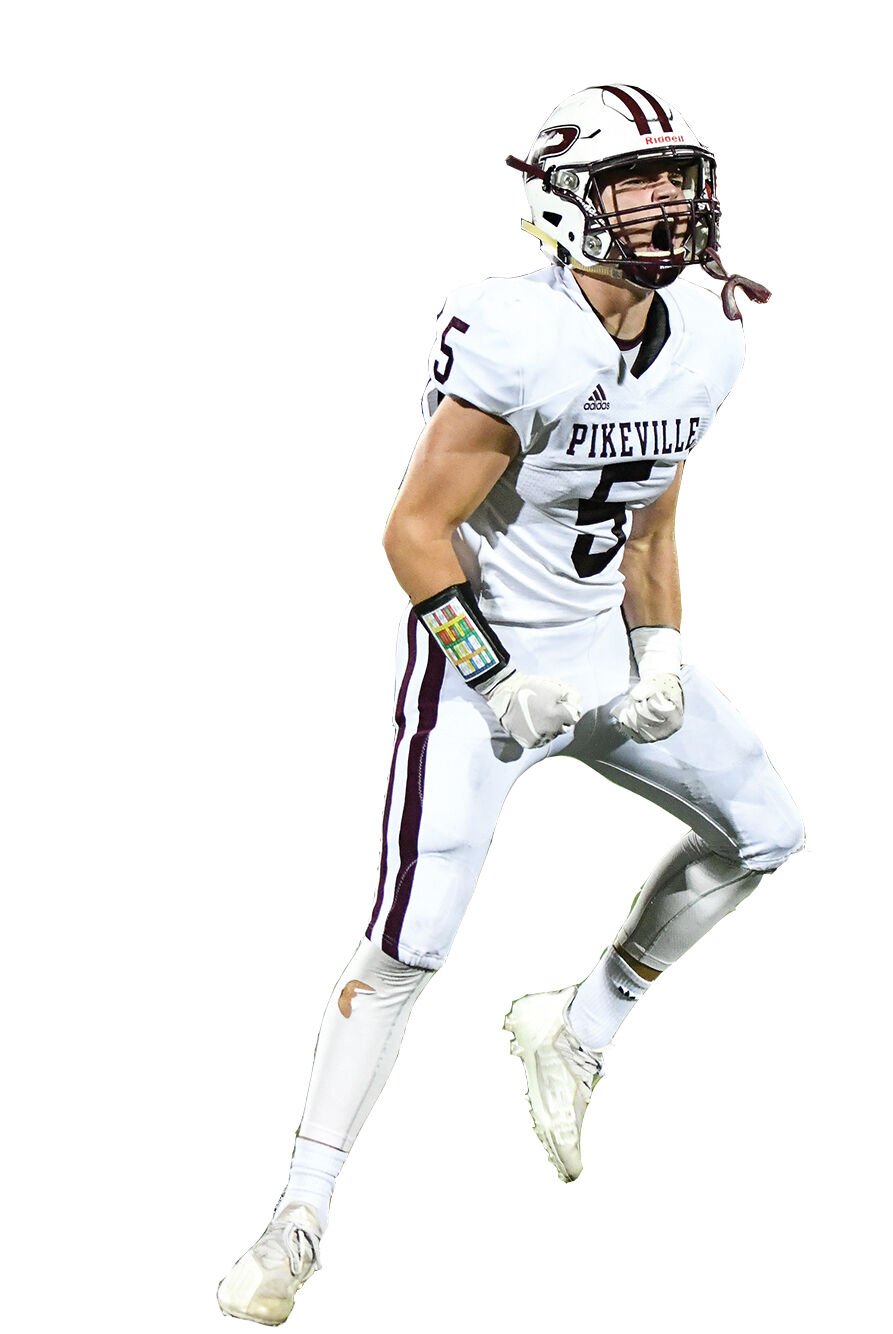 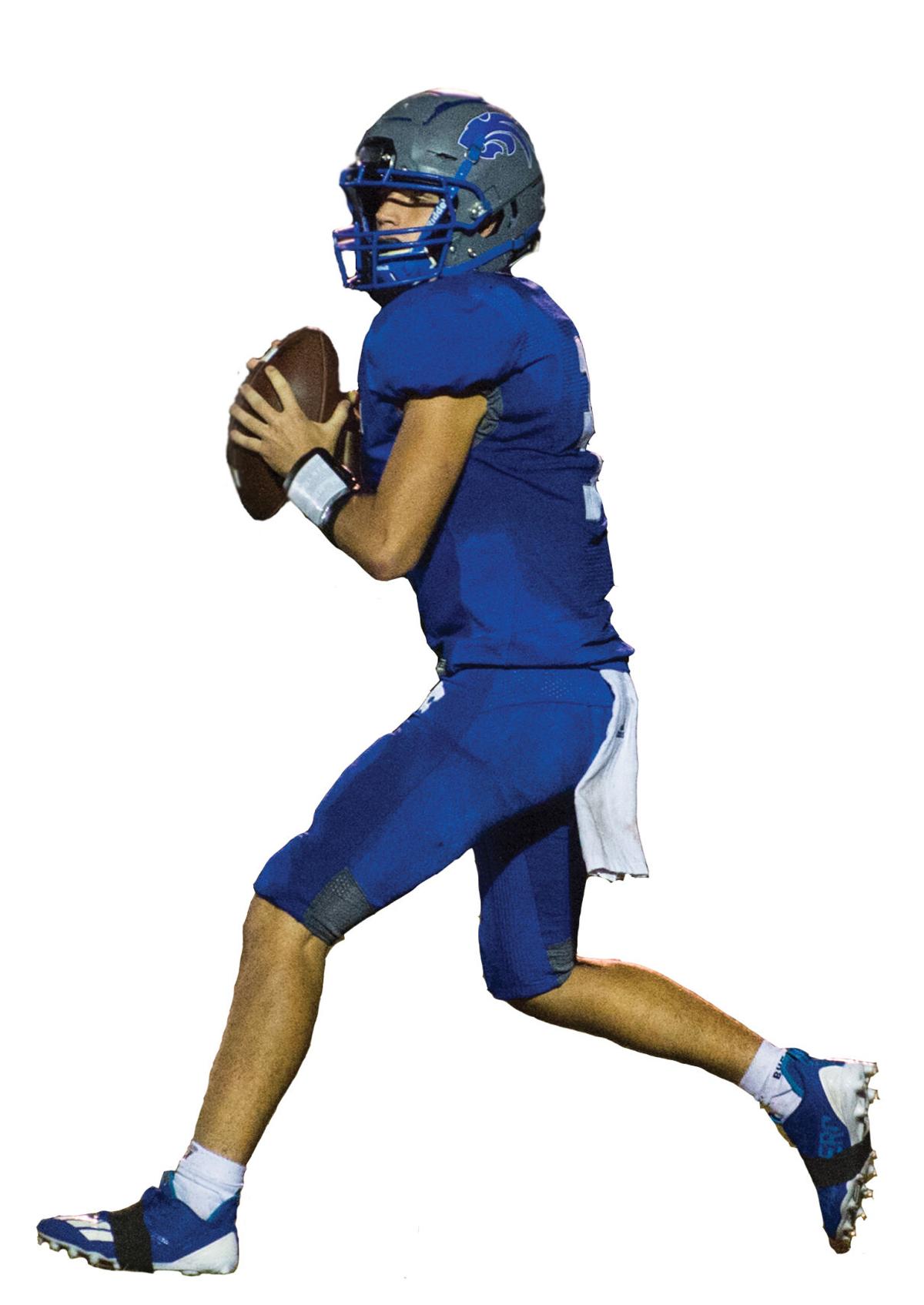 Pikeville traveled all the way to Ohio last Friday night.

The Panthers were road warriors as they knocked off Ohio powerhouse Wheelersburg 20-7.

Quarterback Isaac McNamee led the way for the Panthers. McNamee had a solid game as he was 12 for 19 passing for 104 yards and two TDs with an interception.

Pikeville’s defense was swarming in the game.

The Panthers created four turnovers in the game.

Devin DeRossett, Jeb Wilkerson and Lockhart each recovered fumbles for the Panther defense.

Lockhart has created four turnovers in the past two games for the Panthers; three interceptions and a fumble recovery.

The Wildcats fell to the Jaguars 42-7.

The loss drops the Wildcats’ record to 2-2 on the season.

North Laurel had the opening possession of the game.

The Jaguars fumbled the ball and Shelby Valley recovered.

The Wildcats couldn’t do anything with the early turnover as they matched it with a fumble of their own; North Laurel recovered to take over.

But it was Shelby Valley’s second mistake that cost the Wildcats.

The Wildcats were forced to punt on their second possession of the game.

The punt was blocked deep in the Wildcats’ own territory.

North Laurel took advantage of the turnover as Jayce Hacker scored the game’s first score of the game with 6:18 left in the first quarter. The Jaguars missed the extra-point, but held a 6-0 lead.

The Wildcats drove down on their next possession, but turned it over on downs.

North Laurel fumbled on its next possession.

The Wildcats once again could not muster any points.

North Laurel’s Christian Larkey scored on a two-yard TD run with 10:08 left in the first half. The two-point conversion put the Jaguars in front 14-0.

North Laurel’s Tucker Warren found Hacker for a 50-yard TD pass with 3:17 left in the first quarter. After the extra-point, the Jaguars led 21-0.

Things didn’t get any better for the Wildcats in the second half.

North Laurel’s Cole Messer intercepted a pass and returned it around 30 yards with 11:18 left in the third quarter. The pick-six pushed the Jaguar lead to 28-0.

That took the air out of the Wildcats.

Warren found Gavin Hurst for a short TD pass with 9:32 left in the third to push the lead to 35-0.

Shelby Valley got on the scoreboard late as Jayden Newsome found the end zone for the Wildcats’ only score of the game with 3:41 left to play.

Newsome led the rushing attack with 84 yards and a TD on 18 carries. Ethan Bentley added 22 yards on five carries.

Newsome led the receivers with seven catches for 38 yards. Brady Bentley followed with a 36-yard catch. John Fields had two catches for 17 yards and Jesse Cook added a 10-yard catch. Bentley hauled in a six-yard catch.

Dakota Belcher, Newsome and Hunter Mullins each recovered fumbles for the Wildcats.

Mullins and Clark Craft each added sacks for the Wildcats.

Shelby Valley (2-2) will be on its Bye Week this Friday night.

Pike Central got Matt Anderson back in the lineup last Friday night.

Anderson’s presence was much needed, but the Hawks still fell to Clay County 36-28.

Pike Central had 372 yards of total offense in the loss.

The Hawks rushed for 326 yards.

Anderson led the way with 186 yards and two TDs on 26 carries.

Quarterback Tayvian Boykins continued on his tear running the ball. Boykins rushed for 134 yards and a TD on 27 carries. Boykins was five of six passing for 46 yards and a TD.

Curt Anderson led the Pike Central receivers with three catches for 41 yards and a TD.

Isaac Blankenship recovered a fumble for the Hawks.

Quarterback Tate Rice led the way for Clay County. Rice was six for 11 passing for 105 yards and two TDs. Rice added 65 rushing yards and a TD on five carries.

Trevor Spurlock led the Tiger rushing attack with 136 yards and a TD on 18 carries.

Adam Collins led the Clay County receivers with four catches for 63 yards and a TD. Tyson Wagers followed with a 40-yard TD catch.

Clay County gained 338 yards of total offense on the night.

Warriors fall on the road

After winning their first two games of the season, the East Ridge Warriors have suddenly dropped two straight games.

The Warriors fell to Harlan 46-40 last Friday night in the First Priority Bowl.

Harlan gained 416 total yards of offense against the Warriors.

Running back Jayden Ward had a big game as he rushed for 162 yards and two TDs on 17 carries. Dylan Middleton added 36 yards on three carries.

Will Austin led the Green Dragon receivers with two catches for 31 yards.

Nathan Martin followed with 38 yards rushing for the Warriors.

Dalton Caudill led the Warrior defense with 15 tackles and a fumble recovery.

Belfry is sitting in unfamiliar waters as the Pirates dropped to 0-4 this season after Friday night’s 37-6 loss to Class 4A Louisville Central.

The Pirates have had a brutal schedule to open the season and also dropped a forfeit loss to Lexington Christian because of COVID-19.

Central quarterback Xavier Brown was five for 10 passing for 73 yards. He added 16 yards on the ground on one carry.

Cortez Stone led the rushing attack with 115 yards and four TDs on 18 carries.

Justin Bush followed with 64 yards rushing and a TD on 11 carries.

George Black recovered a Belfry fumble for the Yellow Jackets.

Belfry didn’t have any stats listed on the KHSAA website at press time.

Belfry (0-4) will have another big test this Friday night. The Pirates will host rival Pikeville at 7:30 p.m. Friday night.

Phelps has been knocking on the door of a win all season.

After close battle after battle, the Hornets finally kicked the door in and earned a 48-6 win over Hurley, Va. last Friday night.

Phelps gained 360 total yards of offense against the Rebels.

Quarterback Cainan Land was perfect on the night. Land was four for four passing for 46 yards and a TD. Land added 57 yards and two TDs on eight carries.

On defense, Landon Dotson continued to shine for the Hornets. Dotson had a team-high 17 total tackles and four sacks on the night.

On the season, Dotson has 54 tackles and five sacks in just four games.

The Hornets combined for eight sacks on the night.

Hayden Mounts also recovered a fumble in the Hornet win.

Did the Kentucky General Assembly make the right decision in killing the statewide mask mandate for schools in the commonwealth?