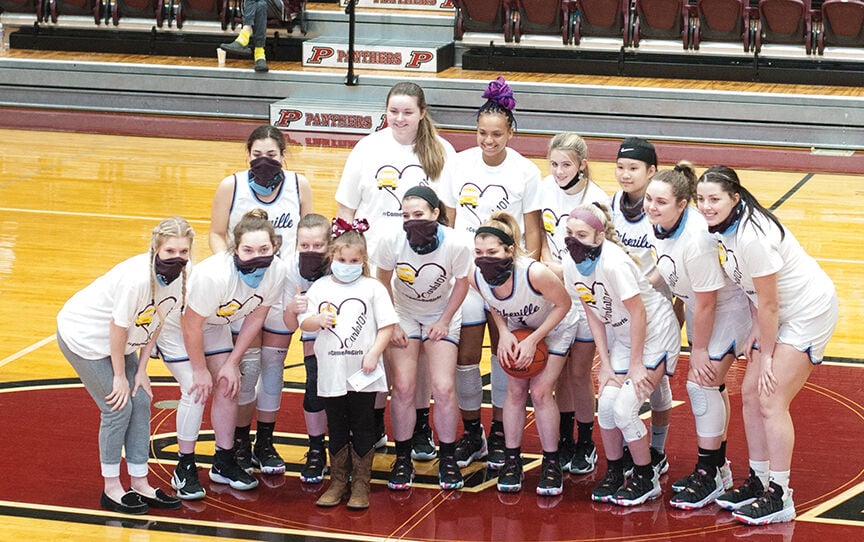 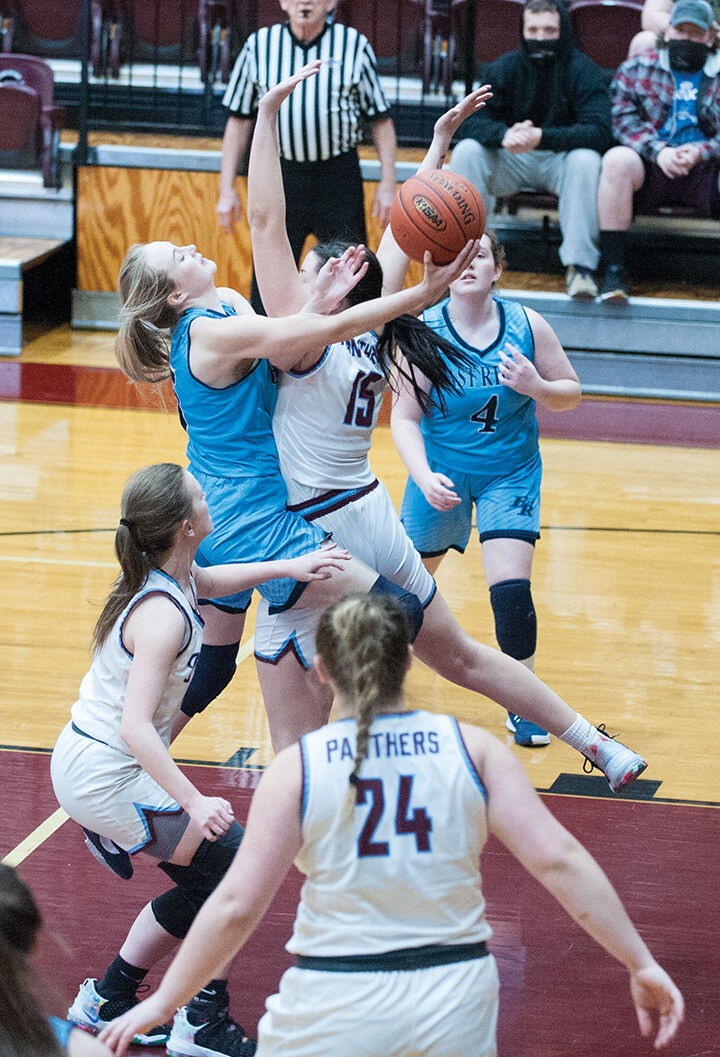 East Ridge’s Leah Wells goes up for a shot over Pikeville’s Makenzie Maynard Monday night at Pikeville. The Lady Warriors fell to the Lady Panthers 82-29.

It was Carla’s night.

And Pikeville put on a show as the Lady Panthers rolled to an 82-29 win over East Ridge in 59th District action.

Trinity Rowe opened the game with a three.

Rowe answered by hitting another three.

East Ridge’s Sylvia Ratliff answered with a three of her own to cut the lead to 6-4 with 4:39 left.

Then Rowe hit another three.

Pikeville held a 22-12 lead at the end of the first quarter.

Rowe opened the second with a steal and a basket to push the lead to 24-123.

Wells split a pair of free throws with 7:08 left.

East Ridge’s Breanna Taylor stopped the bleeding with a basket at the 2:18 mark of the second quarter.

Pikeville finished the first half on a 7-0 run to take a 47-15 halftime lead.

The Lady Panthers out scored East Ridge 25-3 in the second.

Pikeville and East Ridge will square off again next Wednesday at 6:00 p.m. in the opening round of the 59th District Tournament at Pikeville.